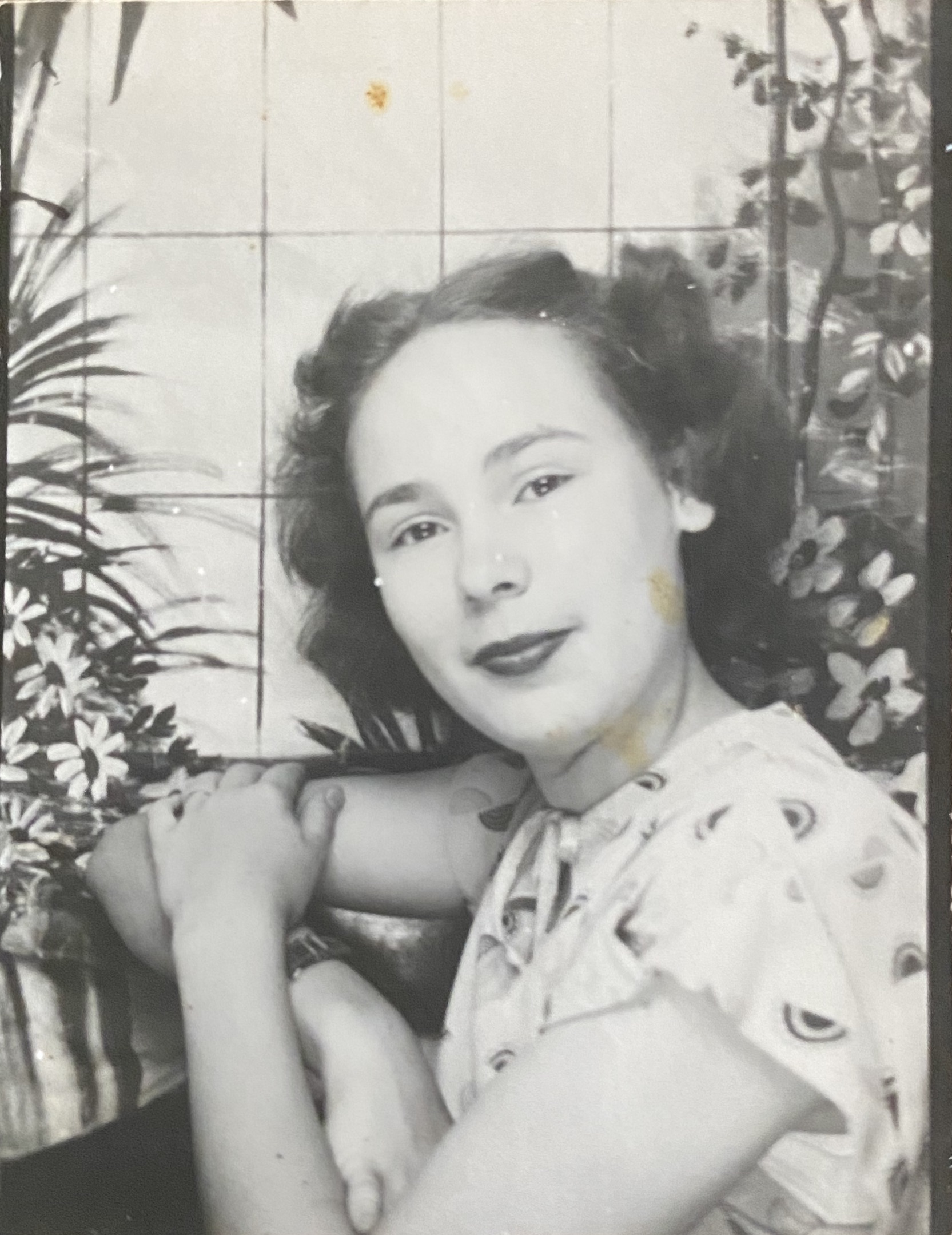 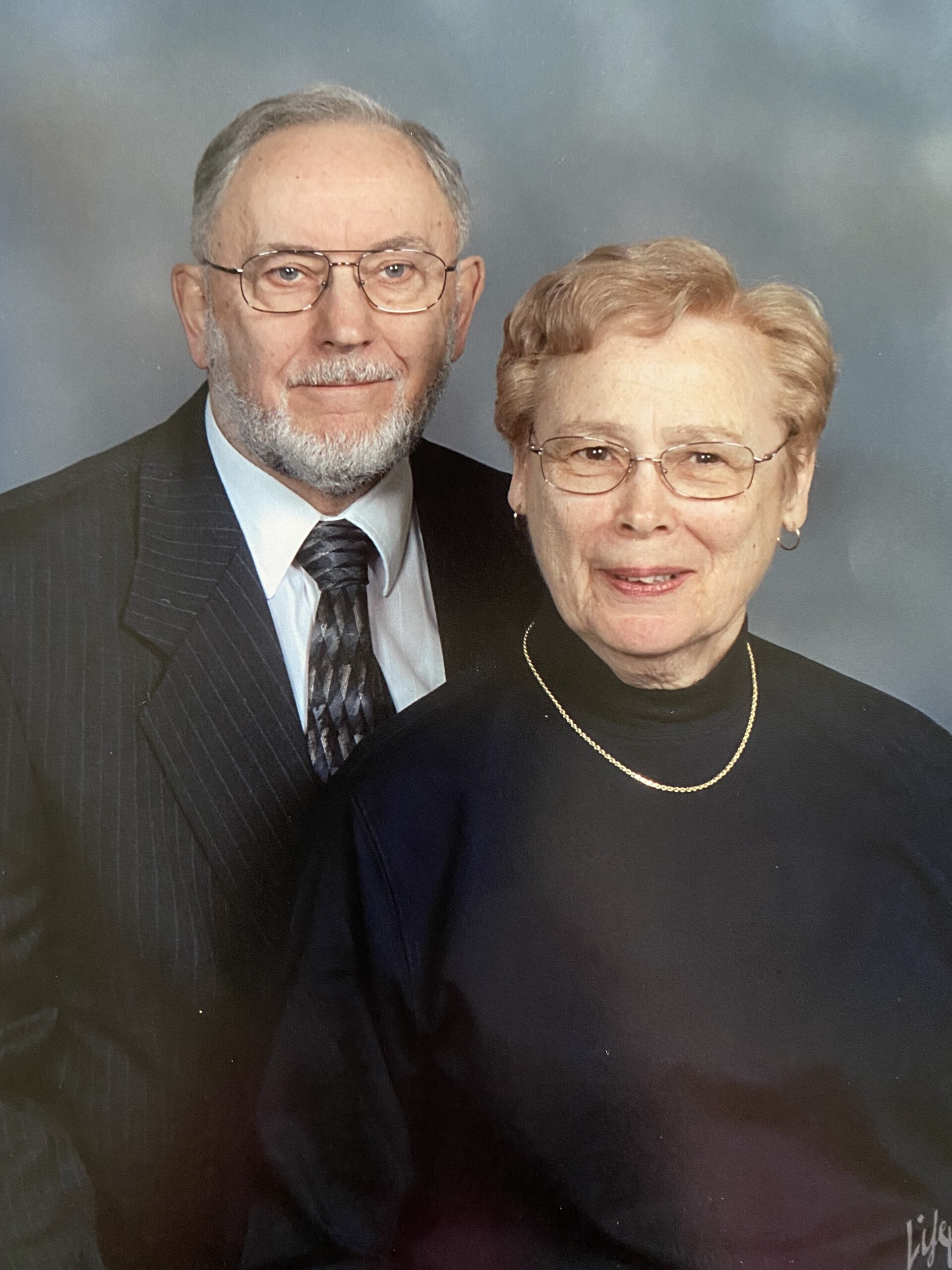 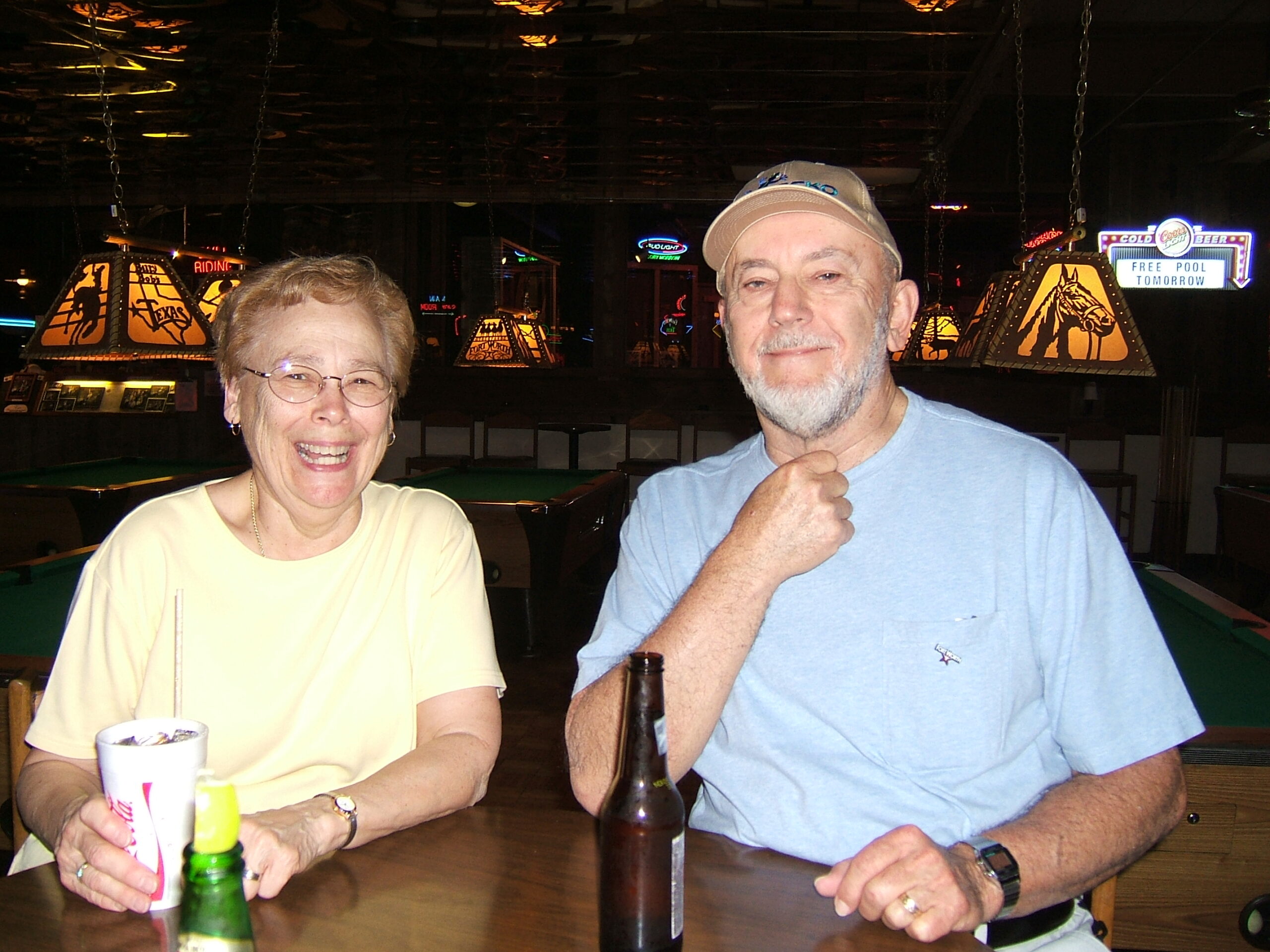 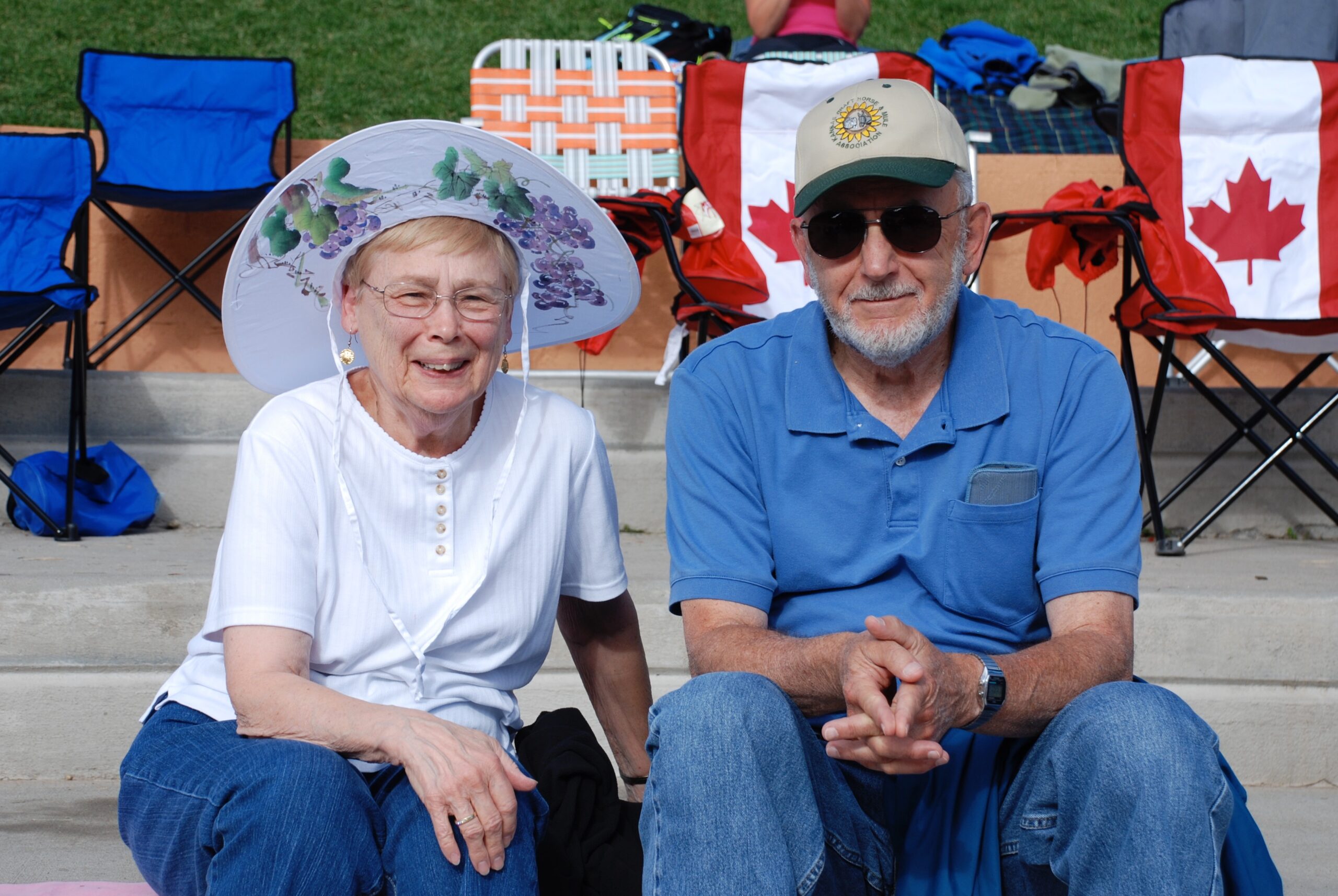 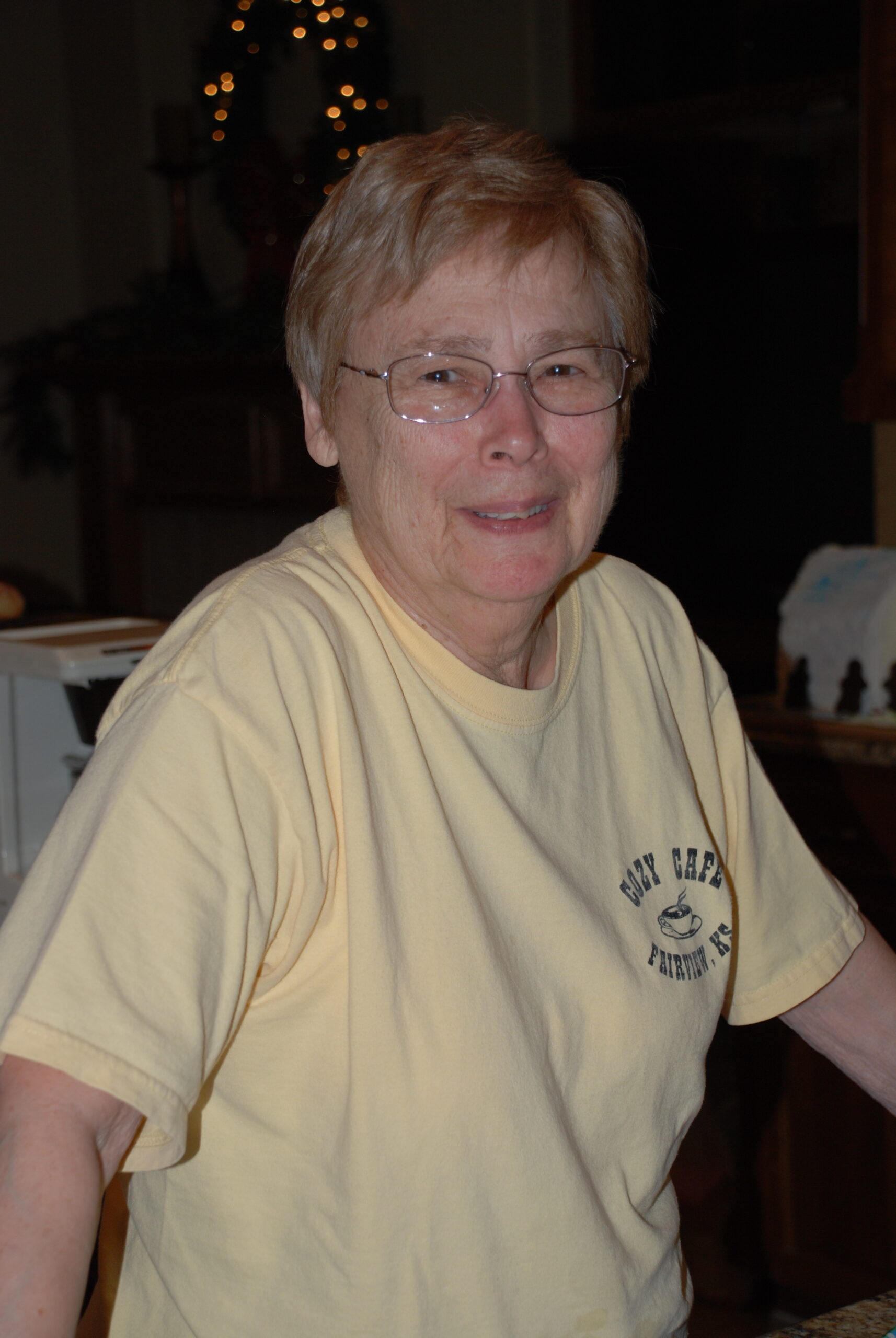 Dorothy Mildred Parman, 89, died August 22, 2021 at the Apostolic Christian Home in Sabetha, KS. She was born August 3, 1932 in Horton, KS, delivered by her great aunt, Dr. Alice May Brown and greeted by her parents, William L Coffland and Esther Nance Coffland. Brown County in northeast Kansas became home to Dorothy, as she moved with her parents from Padonia to Hiawatha before settling in Fairview, where she attended grade school and high school.

Graduating in the Class of 1950, Dorothy was active in school events—one-act and class plays, clubs, social affairs, and music contests. She frequently performed solos or sang in trios and quartets. Music became an enduring passion for her throughout her adult life, and she contributed her distinctive soprano voice to church choirs and Topeka’s Santa Fe Singers.

After high school, Dorothy attended Kansas State Teachers College in Emporia and earned an elementary provisional certificate to teach in August of 1951. By that time, events were determining personal decisions. Dorothy’s high school sweetheart, Harold Duane Parman, was about to be drafted for the Korean War. The couple decided to marry, and August 5, 1951, they were wed at the Evangelical and Reformed church in Fairview. Ten days later, Harold went to basic training and Dorothy prepared to teach elementary students in Reserve, KS.

After completing her year at Reserve, Dorothy joined Harold at Ft. Riley where he cooked for Headquarters Company, 10th Infantry Division, and prepared for their first child, Steven Duane. When Harold was discharged August 14, 1953, the couple returned to Brown County to farm near Fairview where they welcomed their second child, David Lynn. During this time, Dorothy was fully engaged in the farming operation, from scooping grain to tending livestock.

After a disastrous fire that ended their life in farming, Harold trained as a mechanic in Kansas City. Dorothy and the children moved to Emporia in 1957 to live with her parents and Harold commuted on weekends. At Emporia, Dorothy worked at the Stanley Jewelry store.

In 1958, when Harold had an opportunity to buy a cream route, the family moved back to Fairview. Six years later, their third child, Linda Marie, was born.

Harold’s final career change in 1967 brought the family to Topeka where Harold worked in computer programming and Dorothy began a long career as a Sears employee.

As an active member of the Seabrook United Church of Christ, Dorothy was involved in its merger with the First Congregational Church. Always concerned about helping others, Dorothy supported organizations such as Doorstep of Topeka.

Besides her contributions to church organizations and their programs, Dorothy cultivated her extended family. She was the oldest of four children, an active participant in family get-togethers, and an instigator of pranks. Always ready for an adventure, she sewed costumes, practiced Old English, and joined her son David at the KC Renaissance Festival to sell Parman Brothers handcrafted wood products. She was supportive and proud of her children and grandchildren and enjoyed being included in their lives.

Suffering from Parkinson’s disease, Dorothy moved to the Apostolic Christian Home in Sabetha in 2018. The family is grateful for the extraordinary care and companionship the staff provided to her during her final years.