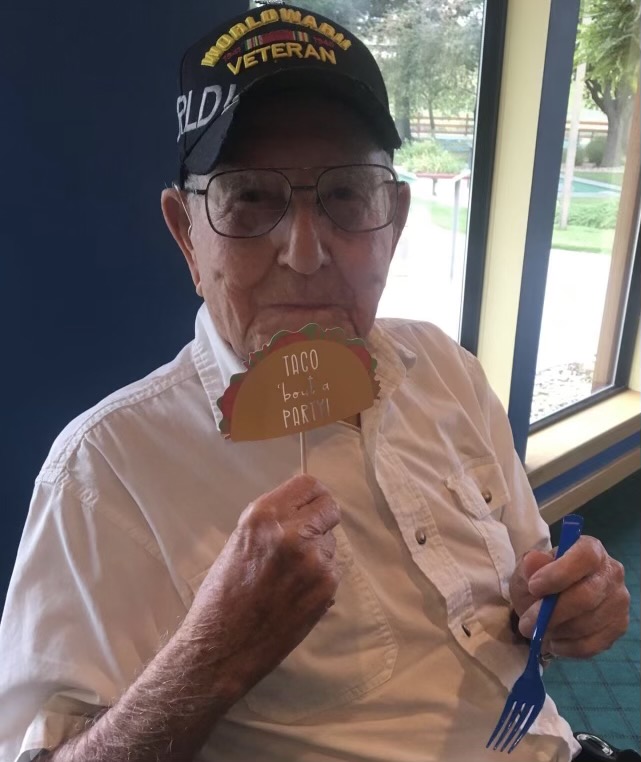 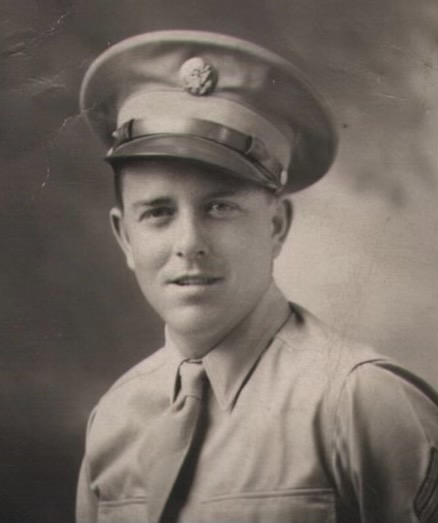 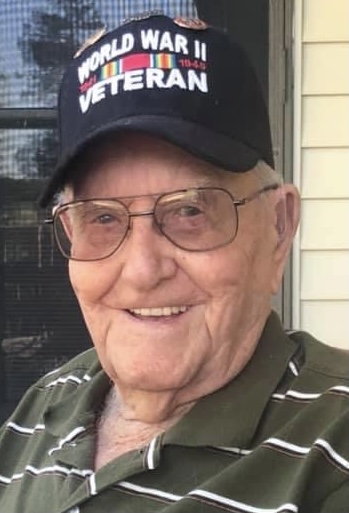 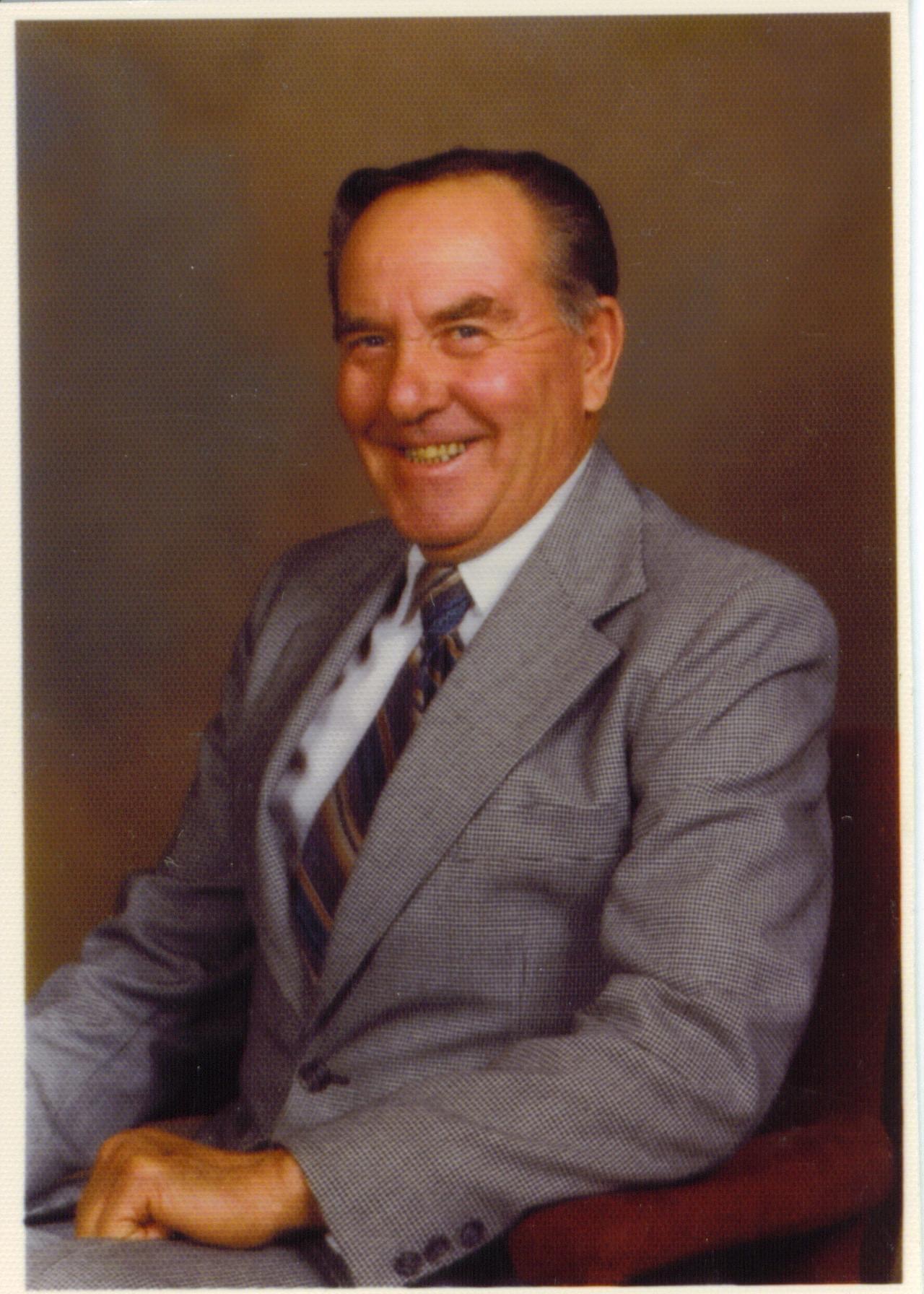 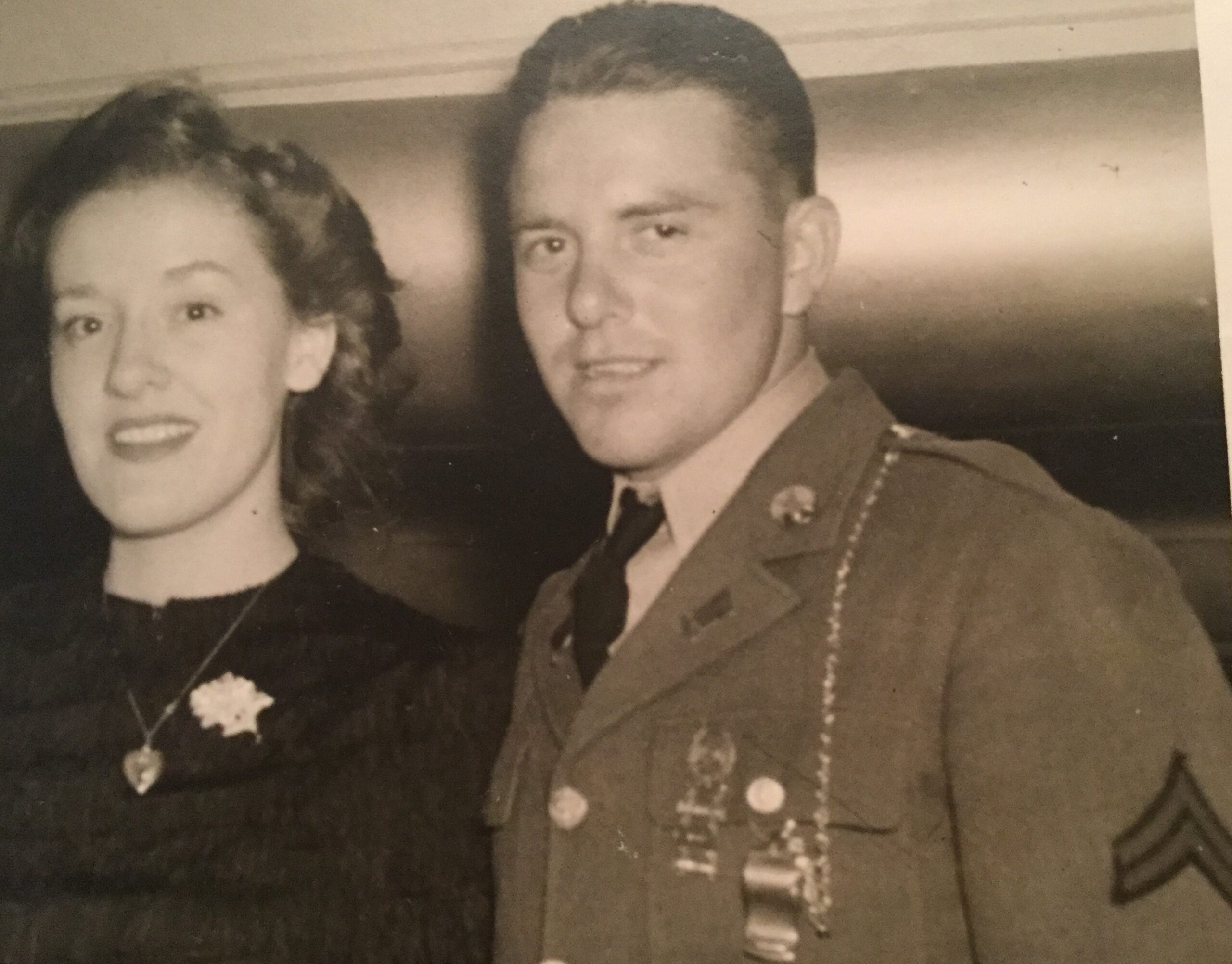 Raymond Duane “Lefty” “Steve” Stephenson, Scranton KS, went home to be with the Lord on Monday, February 15, 2021 at the young age of 101.  Raymond was born in Logan KS on September 22, 1919 to parents Fred Virgil Stephenson and Cora Mae Buss.  He was one of nine children and grew up in Woodruff and Norton KS area of western Kansas.

Lefty graduated eighth grade and had to go to work to help his family.  He was drafted by the Army in February 1941 and served 4-1/2 years during WWII, where he was in five major battles. He returned to Norton KS to raise his family. He was married in June 1941 to D. Galene Stephenson.  He was a member of the American Legion in Norton and was a Committeeman for the Republican Party in Scranton KS. He had a long career as an Auto Collision repair manager until his retirement in April 1986. Lefty was an avid hunter and fisherman and played farm club baseball until he was thirty-six years old.

Mr. Stephenson will be cremated and no visitation will be held.  While no funeral service is currently scheduled, a celebration of life ceremony will be announced at a future date and will be held at Topeka Baptist Church.  In lieu of flowers, memorials may be made to the family in care of Dana Webber, 307 S Boyle Street, Scranton, KS 66537.